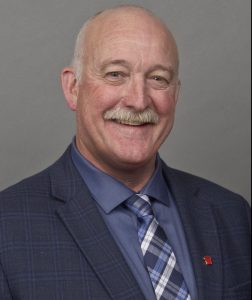 Since 2017, Canada has actively worked to legislate a Clean Fuel Standard (CFS) in biofuel production to help lower greenhouse gas emissions. New proposed regulations have been announced in September 2020 that have raised concern for Ontario farmers that these regulations will introduce crop production constraints and does not address compliance verification.

In 2018, a CFS Regulatory Design that was introduced had compliance rules for fuel producers and suppliers to lower Life Cycle Intense fuels, as well as potential options to meet compliance, such as credit trading. For example, using CFS regulated feedstock to produce biofuel would generate a credit that could be used to meet a fuel compliance target or traded to another fuel producer/supplier to meet their obligation.

However, in September 2020, the Environment and Climate Change Canada (ECCC) presented seven new changes to the Clean Fuel Standard Regulation Design after the federal government announced the expansion of the previous 2018 regulations. These proposed guidelines raise concerns for farmers, as the regulations will introduce crop production constraints and do not discuss how compliance will be verified.

If the proposed regulations are approved, the CFS will enforce regulations around riparian zones and protected areas. This will significantly impact future crop production and cropland expansion, especially in northern Ontario, where farmland is still being expanded. These new regulations would limit options for farmers on what crops they can grow for the biofuel market.

Many farmers are also concerned with the compliance and verification process these regulations will propose. Complying with regulations could create a disadvantage for domestic feedstock markets competing with imports. The federal government has not announced the verification process for compliance, making farmers concerned for the burden the process may have on them.

In January 2019, OFA submitted comments on the 2018 CFS Regulatory Design, supporting the higher green fuel initiatives. OFA stated that the CFS should recognize the continued value of the agriculture industry’s role and environmental stewardship achievements. We proposed that producers should be rewarded for their best farm management practices and carbon sequestration.

OFA is continuing to advocate for Ontario farmers amid the announcement of these new proposed regulations. OFA would like to partner and work together with Environment and Climate Change Canada and the federal government to create a set of attainable regulations for Ontario farmers. We want to collaborate to create regulations that can be verified and shine a light on farmers’ best management practices as environmental stewards.

OFA remains concerned for the burden this will create for farmers to adhere to the new regulations in the way they have currently been drafted. OFA hopes to work alongside the federal government to maximize opportunities and create an attainable Clean Fuel Standard for Ontario.