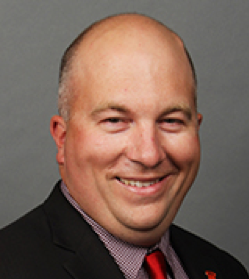 Last week was municipal election day across Ontario. Although the campaigns aren’t generally as high profile as during provincial or federal elections, these local contests are no less important.

In fact, one could argue that they might even have more impact on our daily lives since it’s municipal governments who make decisions about many of the local issues that affect us directly, from housing and taxation to snow removal and garbage pick up.

This year, many municipalities saw new faces take leadership positions as mayors, deputy mayors and councillors. My community is one of them. My family and I farm in Binbrook, which is in the southeast corner of the City of Hamilton, and we have a new mayor – former provincial New Democratic Party leader Andrea Horwath – and 10 new councillors.

As we welcome our newly elected and newly re-elected politicians across Ontario to the posts they’ll hold for the next four years, it’s important that farmers and others in rural communities start building new relationships with these individuals or strengthening existing ones.

In my area for example, even though we’re part of a city, our municipality is about 75% rural, which means that farm and rural issues are incredibly important, and as farmers, we must do our part to ensure that those who represent us know what matters to us and why.

As they likely were in many other parts of the province, farmland preservation, urban boundaries and taxation were top issues in our local elections – but we also had more urban-focused priorities take a high profile, like a planned Light Rail Transit system in Hamilton.

The issue of farmland preservation is a critical one not just to farmers, but to everyone in our province. Our farmland is disappearing at a rapid pace, so it is vital that we preserve our ability to grow our own food, fuel and fibre.

At the same time, we recognize the need to find solutions to the housing crisis, which means we need responsible and long-term land use planning that takes a balanced approach to supporting economic growth and protecting agricultural land.

Election campaigns can be intense, but the work doesn’t end once the votes are cast. As the voice of Ontario’s farmers, we will continue to work hard to keep the importance of farmland preservation and other key issues at the top of municipal agendas.

And that’s where all farmers can play a role too. Many of our newly elected mayors, deputy mayors and councillors have varying backgrounds and may not be as well versed in farming and agricultural practices and now find themselves representing agricultural constituents.

I encourage you to get to know your local politicians, speak to them about issues affecting agriculture and invite them out to your farm for a visit so they can see for themselves what you are talking about. Often, a picture – in this case, a live, in-person one – really does speak a thousand words.

As well, take some time to follow the issues that are discussed at your local council meetings. Many municipalities livestream council meetings online, for example, or make recordings or minutes available for review. Get involved and share your opinions and viewpoints from the farm or rural perspective.

Many areas also have local agricultural advisory committees, like we do in the City of Hamilton, which play a key role in reviewing and advising on agricultural policies and policies that can impact farmers.

We all know that relationships matter and as our local politicians take office, we have an opportunity to get involved, help them get to know agriculture and make sure our voice is being heard.

Farmers make up a very small part of the population, so it’s up to us to make sure that people understand what we do, the role we play in broader society and why that matters – to us and to them.