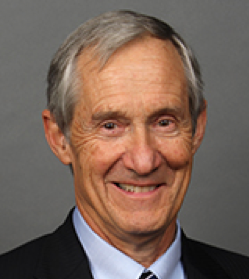 Ontario and Quebec are currently facing a tremendous challenge that could impact the supply of vital fuels into our provinces. In January, the Lambton Federation of Agriculture brought forth a resolution at their annual meeting that was passed on to the provincial board of directors, asking for support on advocating for the continual operation of Enbridge Line 5.

The Ontario Federation of Agriculture (OFA) believes the Line 5 pipeline is critical, not only for the agriculture industry, but for employment, cost of living, the economy, and ensuring the continued production of thousands of Canadian products that we rely on daily. It’s a vital piece of energy infrastructure, whose importance extends beyond the borders of our country and into Michigan.

Earlier this year, the President of Lambton Federation was informed that Michigan had filed a legal action to force the shutdown of Line 5. Enbridge Line 5 currently operates through Michigan under the Straits of Mackinac and has been a critical fuel source for Canada. Enbridge has since filed a lawsuit challenging this order and has brought forward a solution to keep the pipeline running.

Line 5 delivers 53% of Ontario’s crude oil and is a critical source of supply for approximately two-thirds of Quebec’s crude consumption. Additionally, the fuel line feeds Canadian refineries, ensuring a safe, affordable and reliable supply of gasoline, propane, diesel, jet fuel and other products. Operating the line supports the employment of thousands of skilled trades across Canada, and supplies over 50% of Michigan’s propane needs.

Line 5 is an integral piece of North American infrastructure. The closure of this pipeline will have detrimental effects on the agri-food supply chain in southern Ontario. Without access to these fuels, livestock farmers and commercial greenhouse growers will be unable to supply heat to their facilities. Grain and oilseed farmers also rely on fuel to dry their harvested crops. Line 5 closing would negatively impact grain and crop drying capabilities, which would have a domino effect on Ontario’s feedstock exports.

The implications of closing Line 5 will impact our entire nation. Adding cost to Ontario’s food producers, laying off thousands of skilled workers and increasing grocery bills for consumers. The closure of Line 5 will not just affect the agriculture industry; this is a national issue that could have large implications for our economy as a whole.

Along with Canada, the closure of Line 5 would also have adverse effects on Michigan’s economy. Refineries served by Enbridge in Michigan, Ohio, Pennsylvania, Ontario and Quebec would receive approximately 45% less crude from Enbridge than their current demand. Michigan would face a 756,000-US-gallons-per-day propane supply shortage since there are no short-term alternatives for transporting NGL to market. The regions affected in Canada and the U.S. would see a 14.7-million-US-gallons-per-day supply shortage of gas, diesel and jet fuel (about 45% of current supply).

Enbridge Inc. is working on a long-term solution to invest $500 million U.S. in a tunnel to house Line 5 deep under the Straits of Mackinac. While Line 5 has operated safely and reliably in the Straits for more than 65 years, this new tunnel will add further protection and absolve any fears towards the pipeline leaking into their water system. However, the state of Michigan still has yet to comment on this solution and is proceeding with their lawsuit to close Line 5.

OFA has asked for the federal government to work alongside the American State and Federal administrations to maintain the operation of Line 5. OFA believes this is a resolvable issue and that with constructive dialogue between Prime Minister Trudeau and the Biden-Harris Administration, both countries can come to a viable resolution.

OFA will continue to work with the government, Enbridge and industry stakeholders to ensure that Line 5 remains open and operational throughout any construction that may proceed. It is a critical piece of North American energy infrastructure that benefits both Canada and the U.S.